In 2013, around 200 people – mostly Belgians, Indians and Israelis – gathered in Botswana’s capital, Gaborone, for the first time. They represented 75 ‘sightholders’ – the international diamond dealers who have preferential access to the 10 annual sales through which the world’s dominant firm, De Beers, releases the precious gems to market. It was the first time in 80 years that De Beers had held the event anywhere but London, in a permanent move away from the company’s fortress-like office on the city’s Charterhouse Street.

The new centre of global diamond buying, an office complex in Gaborone’s Diamond Park, symbolises the success of a country that has bucked continental trends and confounded Africa pessimists. At independence in 1966, Botswana was one of the poorest countries in the world with a GDP per capita income of US$84.

Remote, dry, land-locked and sparsely populated, few could have anticipated that the country would enjoy half a century of consistent economic growth and, in the 21st century, would become one of the African continent’s biggest success stories. In fact, by 2010 it had a higher per capita income than South Africa and was classified as a fully-fledged middle-income country.

Botswana’s development is partly based on geological fortune. The first of its two huge diamond deposits, located at Orapa (240 km north of Gaborone), was discovered in 1967, a mere year after independence. A second major diamond pipe, Jwaneng, was discovered in the south of the country five years later.

From the outset, the government resolved to exploit its fortune through a public-private partnership with De Beers. The result was Debswana, a 50/50 joint venture that developed the mines and played a significant role in investing the proceeds in schools, hospitals and infrastructure.

So successful has the Debswana joint venture been that in 2011, when Anglo American bought out the stake in De Beers held by the Oppenheimer family, the Botswana government was able to acquire 15% of the deal.

It is, however, far from ideal that any economy is based on a single commodity. The consequent need to diversify has long been a major preoccupation of the country’s government. The issue gained new urgency in 2015 when diamond revenues fell and the economy experienced its first contraction (0.3%) since independence. Although growth recovered somewhat in 2016 and is projected by the World Bank to reach 4.1% in 2017, the experience was a wake-up call. Botswana’s government responded to the recession with a stimulus programme that it intends using as a means to diversify the economy.

The initial phase of diversification includes the development of other minerals, notably coal. In addition to massive coal reserves – 200 billion tons, larger than South Africa’s – Botswana has significant copper reserves and the world’s largest known undeveloped uranium deposits, estimated at 1 billion tons. In 2016, the government granted a 22-year mining licence to Australian mining company A-Cap Resources to develop a uranium mine at Letlhakane.

At present, just one coal mine is active, Morupule, which is owned by Debswana and has operated since 1973. The government is exploring two complementary development paths – export and power generation – for the rest of the country’s coal reserves. 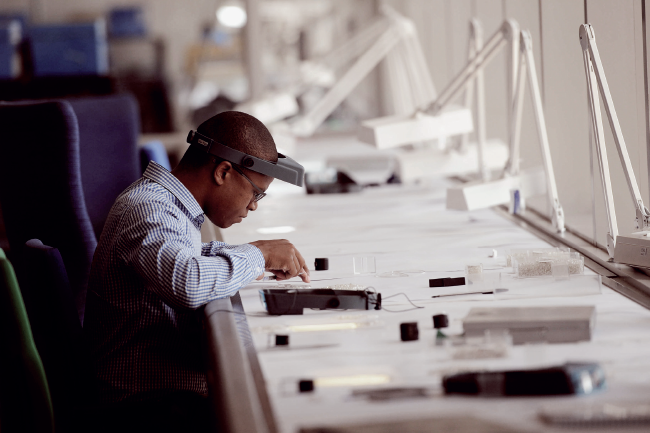 The problem with exports is that such a strategy requires the construction of a rail link, either to Walvis Bay in Namibia or Ponta Techobanine in Mozambique. The latter entails a slightly shorter link (1 100 km versus 1 500 km to Walvis Bay) but will require the construction of deepwater port facilities. It further needs the co-operation of a third country, Zimbabwe.

In any case, feasibility studies are most advanced on the Walvis Bay option and various agreements have been signed between the two governments. But none of these are adequately detailed and the scale
of the expense (said in 2011 to be US$9 billion) and the complexity of co-ordination mean that the plan has yet to get off the ground.

A much less extensive but possibly more realistic short-term ambition is to extend the South African rail network from the Waterberg in the Limpopo province to the Mmamabula deposit in Botswana between Gaborone and Francistown. On the South African side, Transnet is in the process of significantly increasing the capacity of Lephalale line, which will allow coal mines on the Waterberg field to export coal from the established facility at Richards Bay. A pre-feasibility study for the Botswana-Lephalale link was completed in 2015 but no further announcements have since been made.

Another option is to beneficiate coal by turning it into electrical power for export to South Africa. Botswana is a net electricity importer. In 2016, the current state-owned 132 MW Morupule B thermal power station was beset with technical issues that led to power cuts. However, two new projects – a 300 MW expansion of Morupule B and an independent project at the Sechaba coal mine – are expected to see Botswana become self-sufficient in power generation by 2019.

In a continent known for big plans that go nowhere, Botswana stands out as a country that has delivered. Most observers attribute this to the stability and fairness of its governing structures and hence the loyalty of its people. Botswana appears to have successfully developed ‘inclusive’ political institutions rather than ‘extractive’ ones. In other words, the country’s resource wealth is spread widely rather than simply ending up in the pockets of international mining companies and powerful local politicians, as is sadly a trend elsewhere in the developing world.

Botswana was fortunate to be dominated by a single international company, De Beers, which was animated by liberal capitalist ideas. It has also been fortunate in its own political leaders who worked hard to represent all eight of the original Tswana tribes as far back as the establishment of the country as a British protectorate in 1895.

This willingness to work together for the greater good describes the core characteristic of the country’s policies since its creation and continues to bear fruit today.