According to state-owned research organisation Mintek, there are more than 500 mine tailings in South Africa’s Gauteng province, covering an area of around 18 000 ha. While many of these have undergone gold-leaching processing, they still contain gold that could be re-mined. Unfortunately, they also contain harmful substances and chemicals.

Digby Wells Environmental CEO Graham Trusler says the process of reclamation has a dual purpose and outcome in that the activity itself needs to ensure financial sustainability through its operation.

‘Notwithstanding, the reclamation process would also contribute to environmental sustainability through a reduction in risks associated with ongoing contamination from old tailings storage facilities [TSFs], as well as potential health impacts associated with air quality and radiological concerns,’ he says. ‘Reclaiming and depositing them on newer and better designed facilities definitely reduces the company’s risk and closure liabilities.’

James Lake, partner and principal environmental scientist at SRK Consulting SA, says that the only reason to recycle a tailings dam is if there is recoverable ore to be found. ‘It is those that are economically viable that are being recycled, and whether or not this is done really depends on what’s left behind. The old gold tailings dams have significant grade in them to recover. I think it comes down to the economics,’ he says.

When it comes to the technology used in the reclamation process, Trusler says that new technologies are much more efficient than historical technologies in terms of ore processing and extraction. There have been numerous developments over the past few years enabling mining companies to treat lower-grade tailings dams, he says. ‘Recent developments have included pre-concentration steps by concentrating up valuable fractions by flotation, ore sorting, gravity concentration and size. This allows the companies to apply intensive cyanidation to smaller volumes in gold recovery and fine grinding a smaller higher-grade fraction to liberate more metal. There are X-ray and size-sorting techniques being applied to rock dumps to upgrade the mineral content so that a smaller size fraction needs to be treated and transported. Recovery from platinum tailings is constantly being refined and developed,’ says Trusler.

Late last year, Mintek demonstrated its Retreatment Flowsheet for Au and Uranium Tailings (Reflaut) at Gold Fields’ South Deep mine. This process removes gold, along with sulphites and radioactive uranium, from tailings, thereby reducing the mineral content that leads to acid mine drainage. The tailings are processed through a flotation circuit, which separates concentrates, generating a liquid made up of gold solids, uranium and sulphites. Through ultrafine milling and another gold-leaching process, gold can be recovered from silicate rock. The pyrite, however, requires a different process. The Reflaut process involves the concentrate undergoing an oxidation process through which the sulphides are oxidised, thus breaking down the pyrite to free up the gold for leaching. According to Mintek, the sulphur forms an acid, which is then used to leach the uranium. From here, solid-liquid separation is undertaken, gold being the solid and uranium the liquid. The uranium is neutralised, after which the liquid is combined with flotation tailings, and the uranium selectively removed from the solution.

A few of South Africa’s mining houses are re-mining and recycling their TSFs – among them Harmony Gold and Gold Fields (South Deep) – or working on projects to do so in the near future, such as Sibanye Gold.

According to Melanie Naidoo-Vermaak, environmental management executive at Harmony Gold, the company has tailings dams in different states of operation. 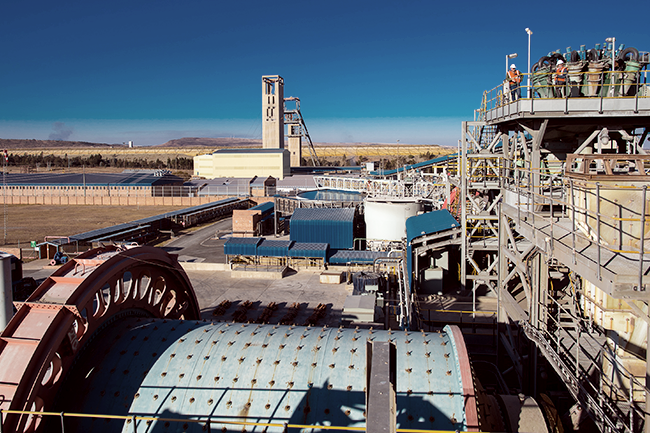 ‘A number of dams are operational dams where we deposit. There are dams that are either being reclaimed or earmarked for reclamation via the retreatment programme. There are those that are earmarked for future deposition, and finally, there are dams that are decommissioned and will be allotted for rehabilitation.’​ According to Naidoo-Vermaak, Harmony runs the 500 000 tons per month Phoenix reclamation business and is currently constructing and commissioning the Central Plant reclamation business, a 300 000 tons per month initiative, expected to go into production within the next few months. Moreover, there is a pipeline of projects at various stages of development that could further augment its reclamation business by an additional 1 million tons per month.

Stephen Joseph, head of metallurgy at Gold Fields’ South Deep, says the mine has two dormant tailings facilities with a reserve of approximately 50 million tons. ‘We are currently reclaiming these dams but at a low rate of 50 000 tons per month. We use the existing plant circuit, which is a leach carbon-in-pulp circuit to recover gold from the tailings.’

Joseph says the project will take in excess of 15 years to reach completion, depending on the route followed for further treatment. With regard to what will happen once the work is complete, he says the soil below the dams will be rehabilitated to restore the land back to its original use, which is farming.

Sibanye Gold’s West Rand Tailings Retreatment Project (WRTRP) is a large-scale, long-life surface tailings retreatment opportunity that will process up to 721.5 mt of the historic Driefontein, Kloof and Cooke TSFs, to recover gold and uranium. According to Grant Stuart, senior vice-president: environment at Sibanye Gold, key to the successful execution of this project is the permitting and construction of a high-volume capacity network of pipelines connecting reclamation stations, thickeners and processing plants for economical extraction of gold and uranium from the historical TSF. ‘In addition, the project must permit and construct a single large regional TSF covering 1 350 ha, in accordance with modern, sustainable deposition practices,’ he says.

Stuart states that the scope of the initial strategy includes the reclamation of four key anchor resources – the gold-rich Driefontein 3, five TSFs, the Cooke 4 South tailings dams and the uranium-rich Cooke tailings dam. The resultant tailings will be deposited onto the new regional TSF.

While all study work for execution options has been completed, rendering the WRTRP construction-ready, Stuart says that further work on the project has been put on hold for the meantime as Sibanye is in the process of acquiring Stillwater Mining Company and has thus had to re-evaluate its current growth capital expenditure plans, which includes deferring the WRTRP. 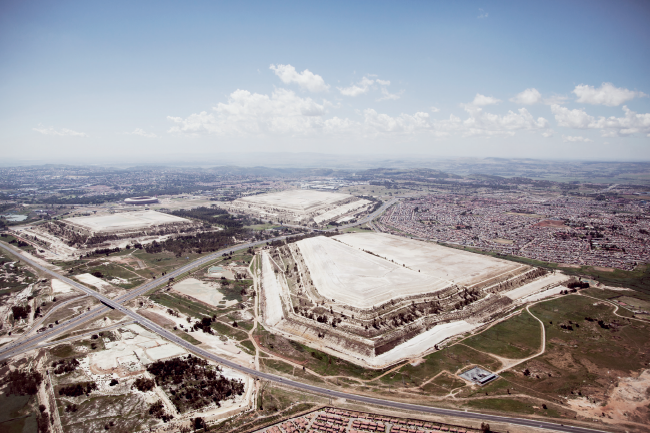 ‘The project team will continue to drive and close out the required regulatory approvals and pilot plant implementation as we advance potential funding solutions. A pilot plant is being constructed and a commissioning date of June 2017 proposed. The pilot plant will be established to optimise gold and uranium recoveries ahead of the large-scale WRTRP implementation and substantially reduce any process-related uncertainty,’ says Stuart.

With regard to what mining companies could be doing differently as far as TSFs are concerned, Trusler says they should be looking at removing as much value as they can when they treat the dams. ‘Don’t just treat gold tailings for gold, but also look at extracting sulphur and uranium to make it a benign tailings.’ He adds that companies should also be given more credit for removing problematic deposits and placing them on well-managed and modern sites in the form of financial incentives. ‘More companies should look at depositing tailings back into old mine workings where this is feasible and not just placing them back on the surface. Although the reclamation of a TSF removes the physical structure, long-term environmental impacts associated with the site would still require ongoing monitoring and management.’

The consolidation of a number of tailings dams on the Witwatersrand has successfully freed up a lot of land for other developments, says Stuart.

Anthony Turton, professor at the Centre for Environmental Management at the University of the Free State says the challenge is to attract investment into brownfield sites by understanding the economics and decision-making processes. ‘This can be done by quantifying the benefit of removing surface tailings, reprocessing them and placing them back into the void. The benefit cascades downstream, particularly where uranium is a risk, so there is a multiplier at work. If this is quantified and included in the regulatory licences, it can attract capital back into brownfield sites to the overall benefit of society,’ says Turton.