Thirty years ago, Johannesburg had a unique skyline. From the West Rand to the East Rand, the horizon was broken by golden flat-topped hills: the sand dumps left over from 100 years of gold mining.

Yet sand dumps, and their successors, tailings dams, were for a long time regarded as a problem. They generated dust; some of it contaminated with radioactive materials, which blew into neighbouring communities. Rainwater draining off the dumps polluted groundwater sources with heavy metals. To attempt to control that, they needed to be re-vegetated, at some expense. They also occupied large swathes of valuable land.

Today sand dumps and tailings dams are considered an asset, and those old gold dumps have largely disappeared. As underground grades have fallen and the costs of deep-level mining – including the toll on human lives – have risen and processing methods have become more efficient, the low grades of gold remaining in tailings dumps have become economically viable.

In the past 30 years, government requirements for mine rehabilitation have become more stringent. Tailings dams represent a rehabilitation liability for mines, so any solution that can minimise them (particularly if it can make a profit) is welcome.

In 2016, Mintek estimated there were still about 500 mine waste dumps around Johannesburg. Government owns some of them, as it has inherited the liabilities of closed and ownerless mines.

Apart from the gold tailings re-treatment specialists such as DRDGold and Goldplat, several gold-mining companies are revisiting their own tailings dumps, including Harmony Gold and Pan African Resources. At platinum mines in the Rustenburg area, tailings are being treated successfully, and around Kimberley, diamond tailings are also viable.

Anglo American, later AngloGold Ashanti, started treating dumps in 1977 at what thereafter became DRDGold’s Ergo operations. One of the breakthroughs by 1980 was the ability to grind tailings more finely, which enables the leachate to penetrate the particles.

Sand dumps are the result of the old stamp-milling process. Their coarse-grained particles contain higher-grade gold than slimes dams. Front-end loaders move them, the sand is fed onto a screen, and water is used to wash it into a sump, from where it is pumped to the plant.

Slimes dams are more recent and contain a lower-grade gold, but have become more viable as a result of better treatment methods and a higher gold price. Slimes dams are broken down using monitor guns that spray high-pressure water at the area, and the slurry is pumped to the plant.

The original method for treating slimes was flotation, and later CIL was an added step to extract more of the ore. Once the gold-containing slurry arrives at the treatment plant, it is put through a screen to remove debris. It is milled if the gold is mainly associated with coarse particles. Flotation is used if the gold is mainly locked in pyrite mineralisation. In the flotation circuit, reagents are added to separate the ore from worthless material. 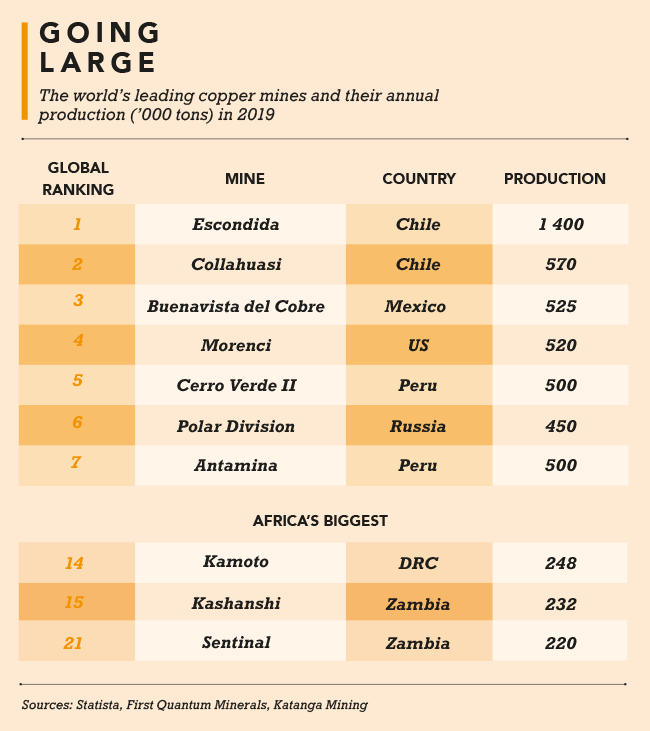 DRDGold developed a dual-circuit process, one for higher-grade material and the other for lower-grade, but since tailings are usually very low-grade, it is mostly economically viable to use only one circuit.

Another recent development in tailings treatment is dry stacking, which involves extracting as much water as possible from the re-treated material before the waste is sent to a new deposition site. Dry stacking has a smaller footprint than the original tailings dam and can create a more stable tailings-storage facility. In a 2016 paper, Guidelines for Re-treatment of SA Gold Tailings, senior scientist in Mintek’s hydro-metallurgy division Sonestie Janse van Rensburg said it was possible, using a number of steps, to extract 95% of the gold and more than 96% of the uranium from the Sibanye dumps on the West Rand, but that, at prevailing gold and uranium prices, it was not cost-effective.

Gold dumps are not uniform. Their grade varies and so does the quantity of other minerals, such as cobalt, nickel and zinc. The gold dumps on the West Rand contain more uranium than those on the East and Central Rand. According to Max Manoeli, Harmony’s senior investor relations co-ordinator, ‘it is crucial to bear in mind that the tailings dams are not naturally occurring resources and can vary considerably over the period of re-treatment. Thus the technological decision must fit the critical mass of the resource destined for re-treatment’.

Mintek produced a series of steps that would be practicable for the differently characterised dumps around Johannesburg. It found that the same flowsheet could be used for different dumps, possibly varying the reagents to suit the characteristics of each dump. The more sulphides and uranium that can be removed during the process, the lower the risk of acid mine drainage from the subsequent deposition facility, it said.

DRDGold, which operates the Ergo plant in Brakpan and Knights in Germiston, has spent a lot of time and effort on refining its processes to improve extraction rates.

Between Ergo, Knights and DRDGold’s milling and pumping station at Crown and City Deep, it has the capacity to process 2 to 2.1 Mt/month of tailings.

Ergo Gold Mining Company owns the rights to treat about 100 sand dumps and slimes dams around Johannesburg – approximately one-fifth of the total estimated by Mintek in 2016.

Most of the material fed to Ergo, the flagship treatment plant, comes from two pipelines: one from the Elsburg tailings dump and the other from the 5L/29 dump. Another 600 000 tons/month comes from Crown and City Deep via a 50 km pipeline.

In 2019, DRDGold acquired Far West Gold Recoveries from Sibanye-Stillwater in a deal that resulted in Sibanye holding 50.1% of DRDGold. Last year, DRDGold CEO Niël Pretorius said it was considering moving into platinum re-treatment.

Harmony Gold Mining has expanded its gold re-treatment operations with the acquisition from AngloGold Ashanti of Mine Waste Solutions, along with the Mponeng mine, last year. It was already treating tailings at Phoenix, near Virginia, and its Central Plant near Welkom. Central Plant, which had been treating waste rock, became a tailings-re-treatment operation in 2017. Harmony is now considering several opportunities to expand its tailings re-treatment in the Free State. These include expanding the capacity of Central Plant to 700 000 tons/month from 500 000 tons/month.

It has also investigated the economic viability of re-treating the tailings material stored in the Mispah 1 tailings facility at the Noligwa plant. This project could cost ZAR624 million to produce about 7 922 kg of gold over 11 years by treating 66.3 Mt of tailings at a monthly rate of 510 000 tons.

Another potential project involves recovering gold from tailings at the Joel plant and depositing the re-treated tailings onto the Joel tailings-storage facility.

Pan African Resources has two tailings treatment plants, at Elikhulu and Barberton. Elikhulu processes about 1.2 Mt/month of material from slimes dams at Leslie/Bracken, Kinross and Winkelhaak. The latter processes about 100 000 tons/month of tailings from Barberton mine. In its 2019 financial year, 46.5% of Pan African’s production was from low-cost tailings re-treatment operations. CEO Cobus Loots says the Elikhulu plant achieved profitability within an unusually short period of time.

‘In addition to the plant’s high throughput, its modern extraction process, which does not require regrind mills and thickeners; short pumping distances; low reagent consumption; and use of non-potable water supply have allowed its production costs to remain remarkably low,’ he says.

Pan African Resources group metallurgist Jonathan Irons says Elikhulu and Barberton use a single-stream process, but the firm has designed its tailings plants to include a unique modified pre-oxidation method for better gold-extraction rates.

‘In addition to providing economic opportunities, the re-use and re-treatment of tailings dams can also improve environmental sustainability of the mining industry,’ says Loots.

‘Reprocessed tailings are typically deposited on a new site that can take advantage of modern, improved lining and containment technologies, thereby mitigating the contamination and safety risks of older tailings-storage facilities. Historic tailings sites can then be reclaimed and developed for new land use.

‘Other industries may also benefit from tailings re-treatment, with the use of tailings for construction materials such as concrete and mortar currently being investigated,’ he says.

‘This could reduce the need to mine natural aggregates, and thus provide significant savings in production costs and provide a greater circular economy approach to mining in the future.’