If resource potential were everything, the DRC would be one of the world’s wealthiest countries. As it is, it’s still recovering from decades of dictatorship and, more recently, civil war. But the signs are that it has achieved stability and is now looking for further growth. There has been considerable new development in the country’s mining industry, especially in the copper, cobalt and gold sectors.

The DRC is Africa’s largest copper producer, and it also has unmined reserves that could see production double over the next decade. The country is the world’s dominant producer of cobalt (accounting for 58% of global production), now an increasingly valuable mineral due to its use in lithium-ion batteries for electric vehicles.

According to the World Bank’s most recent country profile, copper and cobalt account for 80% of the DRC’s export revenue. But the country also has substantial gold deposits, alluvial diamonds, zinc, coal and uranium. The DRC has a sad history of sovereign risk from which it has only recently emerged. The long dictatorship of Mobutu Sese Seko (1965 to 1997) came at immense cost in terms of development and national unity. Under his rule, the DRC, then known as Zaire, was widely regarded as a massive ‘kleptocracy’, with the country’s natural wealth doing little more than lining the pockets of the dictator and his cronies. Mobutu was finally deposed in 1997, during a civil war that only properly ended with the Sun City Agreement of 2002. Joseph Kabila – the country’s leader since 2001 – was elected its president in 2006 in the DRC’s first democratic election since independence. Its rehabilitation has been a huge undertaking.

In 2005, the DRC – shattered by war, with 4 million internally displaced and half a million refugees from other African conflicts on its soil – was one of the world’s poorest countries. Its poverty rate in 2005 was 71% according to the UN Human Development Index. By 2012, the peace dividend had seen this improve to 64%. 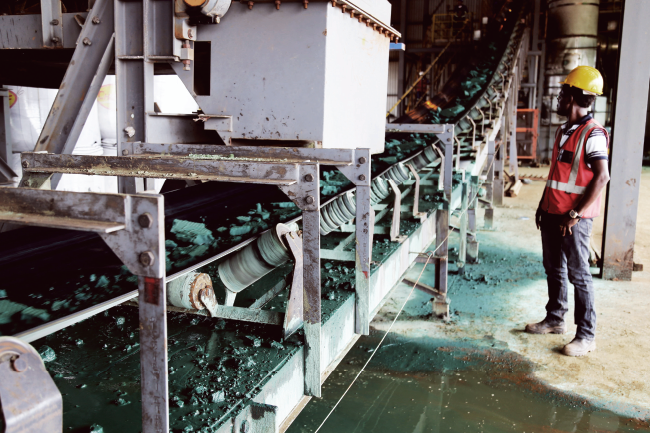 The elections held at the end of 2018 were much criticised. But the fact remains that the hand-over from Joseph Kabila to Félix Tshisekedi in January was the first peaceful transfer of power, through elections, in the country’s history. What is unclear, however, is the status of reforms to the DRC’s mining code. Last year the Kabila government signed a new mining code, designed to replace the 2002 legislation. Among other provisions, it adds a special 10% state royalty on minerals deemed to be ‘strategic substances’; introduces a 50% windfall profits tax; and requires the repatriation to the DRC of 60% of export revenues. Observers comment that the old legislation had been extremely generous to the mining companies and that the new code is an attempt to boost domestic returns from mineral wealth. According to Moody’s Investors Service, at current prices, it should provide an additional US$1 billion or more annually to the DRC government.

The 2002 mining code, backed by the World Bank, has to be considered a success. It certainly facilitated the entry of international mining companies. Glencore CEO Ivan Glasenberg told a commodities conference last year that the company had invested more than US$7 billion in the DRC since 2002. The main international mining companies in the DRC – Glencore, Randgold, Ivanhoe and Chinese miners, Zijin, China Molybdenum and MMG – initially threatened to challenge the new legislation. In response to an earlier version, passed by the lower house in the national legislature, the companies released a statement saying that this would ‘cause the certain death of a young industry’. They were particularly concerned about the scrapping of the stability clause (entrenched in the 2002 legislation), which effectively protects existing investors from tax increases for 10 years.

Kabila, though, faced down the CEOs of the mining companies in a summit meeting held in Kinshasa last year. The companies agreed to send a team of legal and financial experts to help draft implementation measures. They do, however, want clarity on the position of the new president, Félix Tshisekedi, who announced while campaigning that he would ‘take a second look’ at the new code. Copper mining has long been the mainstay of the sector, having started under the Belgian colonial regime prior to World War I. The major copper mines are joint-owned by the DRC government parastatal Gécamines, and in recent years ownership of some has passed to the Chinese. The new Kamoa-Kakula project, for instance, involves Ivanhoe Mines, Zijin Mining (which owns a chunk of Ivanhoe with Chinese state backing) and Hong Kong-based Crystal River Global.

Executive chairman of Ivanhoe, Robert Friedland, has said that he expects Kamoa-Kakula to become the world’s second-largest copper mine. Mining should start in 2021, and is projected to produce up to 700 000 tons of copper per annum. This is probably not the end of the DRC’s emerging copper expansion. Adjacent to the new mine is the Makoko area where, last year, Ivanhoe found what appears to be its third major copper discovery in the DRC. These are early days but the initial signs are of a large and extremely high-grade ore body. Friedman believes that companies operating in the DRC need to go beyond short-term issues such as the mining code revisions and ‘add value … by keeping the drill bits turning’.

Cobalt is a by-product of copper and nickel mining. It is an essential chemical component of the batteries used in electric cars, mobile phones and computers, where it plays a role in preventing the power source from overheating. Cobalt has become controversial in recent years as a result of the number of artisanal miners (some using child labour) that have entered the sector, as the commodity’s price has risen, leading to demands for systems to guarantee ‘ethical sourcing’.
Nevertheless, cobalt has the potential to become the mineral of the future and its biggest owners, the government of the DRC, are in a very good position. According to the publication, Metal Bulletin, the use of lithium-ion batteries is expected to increase sevenfold by 2025.

Artisanal mining is a widespread phenomenon in the DRC. Initially confined mostly to alluvial diamond mining in the east of the country, it spread to gold and copper/cobalt with the breakdown of formal systems during the civil war.

The World Bank has estimated that there are somewhere between 500 000 and 2 million artisanal miners in the country, which means up to 16% of the DRC’s population may depend on the activity. One of the challenges for mining companies operating in the country is to manage the interface with this community. Nowhere is the contrast between the low-tech artisanal approach and the sophistication of the international mining companies more marked than in DRC’s gold sector.

Artisanal gold is mined in the eastern provinces of the country and, until the intervention of ethical mining NGOs three years ago, as much as 98% was reported to be informally exported through neighbouring Central African countries. By contrast Randgold Resources’ Kibali gold mine, in operation since 2013 in the north-eastern Orientale province, is not only the biggest gold mine in the DRC, but also in Africa. Part owned by the government, Kibali is located in one of the most underdeveloped areas of the continent. Randgold has had to invest in a 42 MW hydroelectric scheme to power the mine as well as a local airport. Initially all inputs had to be brought in from the outside, including materials for the construction of housing for 4 000 displaced families. At the peak of construction, the site received 400 12m containers a week from across the border in Uganda. 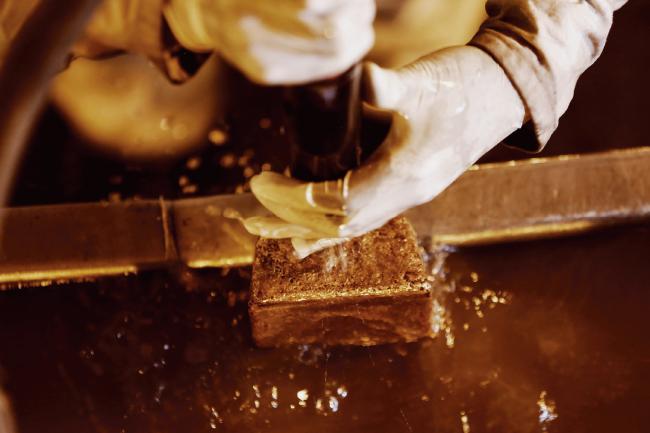 The mine is now at full production with an output of about 730 000 ounces of gold a year (2018 estimate), providing a major boost for the country’s economy. The DRC has a tragic history. But the activities of big mining companies suggest a brighter future lies ahead. It will be up to the country’s government to ensure that the new conditions offered to investors are matched by delivery of public goods. If that happens, the DRC will live up to the potential that its resource wealth promises.