What Saudi Arabia is to oil, Morocco is to phosphate. The North African country is home to the world’s largest deposits of the mineral with 75% of the planet’s proven reserves, according to the 2015 US Geological Survey. Morocco’s recent renewed interest in its home continent has major implications for agriculture in Africa.

Phosphates are one of the world’s less-publicised essential minerals, with 90% of the phosphate mined turned into fertiliser. Indeed, the Green Revolution of the mid- and late-20th century – essentially the development of large-scale commercial agriculture – would not have been possible if this essential mineral were not mined. It was, along with nitrogen (obtained from the atmosphere using the Haber-Bosch process) and potassium (from potash), a vital input of the scientific shift that saw agricultural yields increase four-fold during this period.

It is not incorrect to say that phosphate equals food. The mineral is essential to the growth of all living matter and, in the modern world, is obtained by crops through fertiliser inputs. As global demand for food increases – in parallel with both population growth and better nutrition – so demand for phosphate grows. The average human diet worldwide requires 22.5 kg of phosphate every year.

Although small phosphate deposits are widespread, the only other major source of the mineral in Africa at present is South Africa, where it has been mined since 1961 in Phalaborwa, Limpopo province.

The Foskor mine is adequate to not only supply South Africa’s big fertiliser producers – Omnia, Sasol and Profert – but to produce exports of unprocessed rock phosphate and phosphoric acid, distilled by Foskor at the bulk-export oriented Richards Bay harbour.

However, South Africa demonstrates the complexity of the agricultural chemicals market because, despite the mining of the large igneous phosphate deposit in Phalaborwa, the country is a net fertiliser importer.

South Africa has no major local source of potassium and does not process uric acid, another fertiliser input. As a result, even though South Africa exports fertiliser to other Southern African countries, it imports three times that volume. Phosphate cannot be seen in isolation from the international economy as phosphate rock is one of the most highly traded commodities in the world.

This makes Morocco’s OCP Group (previously the state-owned Office Cherifien des Phosphates) one of the most important players, not only in mining phosphates but in the global agricultural value chain more generally.

Morocco has extracted and exported phosphate since 1921 when the first mine in Boujniba in the Khouribga region was opened. Production has steadily expanded to four mining sites and two chemical complexes. In 2016, the OCP Group mined 30 million tons of phosphate.

However, Morocco had long been isolated from the rest of the continent after it left the Organisation of African Unity, the predecessor of today’s AU, in 1984 after a majority of members of that organisation had recognised the secessionist Western Sahara’s independence.

The Western Sahara, previously referred to as Spanish Sahara, was annexed by Morocco and Mauritania in 1975 after the withdrawal of the post-General Francisco Franco Spanish administration. The annexation resulted in a long struggle for independence led by the Polisario Front. Although there has been little violence since a ceasefire was brokered by in 1991, the Western Sahara (now known as the Saharawi Arab Democratic Republic) is still host to a UN peacekeeping mission.

More recently, Morocco has sought to re-engage with the rest of the African continent. This required resolution of the Western Saharan issue as AU leadership, led by Southern African states South Africa and Mozambique, pushed hard for the territory’s self-determination. 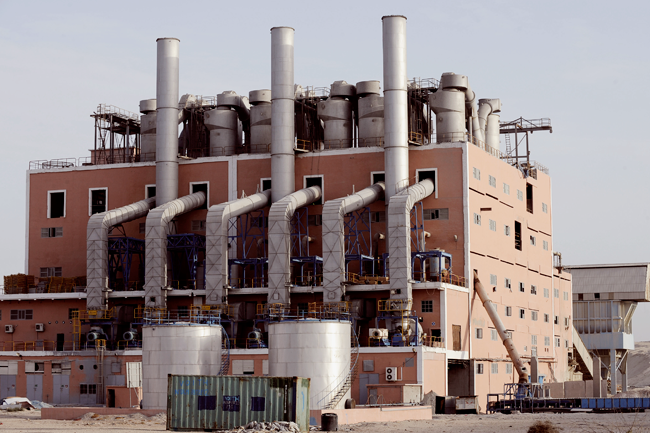 In January 2017 Morocco was readmitted to the AU as its 55th member, with 39 countries voting in favour of the motion. However, Morocco’s successful statecraft was preceded by an intense period of economic diplomacy. The country is the continent’s third-largest exporter after South Africa and Egypt, with 85% of its investments in Africa. Much of its efforts involve phosphates and fertiliser.

Last February, Morocco’s OCP Group created a new subsidiary called OCP Africa. Its intention is to lead the development of the African fertiliser market through the construction of fertiliser plants, distribution capacities and soil fertility mapping, to determine optimal fertiliser needs. There are to be 14 branches in sub-Saharan Africa. 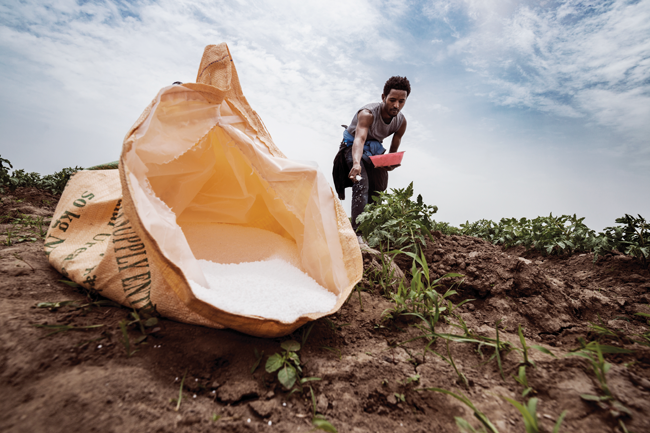 There is a sense that this is likely to produce a win-win situation, as Africa is dominated by agricultural activities, which involve more than 60% of the continent’s population. But at the same time it has the lowest agricultural yields.

The phosphate/fertiliser nexus can make all the difference here. The OCP Group has a great deal of experience and expertise throughout the mining-fertiliser-agriculture value chain. It has operated an international customer care office since 1962. Staffed by engineers and technicians, the office monitors and advises on the use of phosphates around the world, and develops processing techniques and blends tailored to particular regions and crops.

Morocco’s efforts in Nigeria have seen a partnership with the Fertiliser Producers and Suppliers Association of Nigeria result in the production of about 1.3 million tons of fertiliser for the 2017 season. The Nigerian fertiliser industry has been producing at approximately 10% of plant capacity in recent years. But inputs from Morocco look likely to raise this in 2017.

In November last year, an agreement was announced between Ethiopia and the OCP Group to build a 2.5 million ton fertiliser plant to be operational by 2022. The US$3.7 billion project is intended to transform Ethiopia’s low productivity industry.

Illustrating the paucity of inputs in African agriculture is an analysis that suggests that while EU farmers use 150 kg of fertiliser per ha of wheat and 300 kg for corn, the corresponding figures in Ethiopia are 57 kg for wheat and 34 kg for corn. By making Ethiopia self-sufficient in fertiliser production, the impact will be transformative.

South Africa cannot compete with Morocco through phosphate diplomacy as its own flagship company in the sector, the state-owned Foskor, is in poor shape and posted losses of nearly 1 billion rand for 2016/17.

There may be options for the rest of Africa that do not depend on the diplomatic efforts of either of these regional powers. For the past five years, Cominco Resources has been developing an opencast phosphate resource in the Republic of the Congo. The company believes that the Hinda phosphate ore body on which it is working is one of the largest single deposits globally. Much of the technical input has been South African, involving Mintek and SRK Consulting, which tested the quality of the ore at its laboratories in Pretoria.

The Hinda project is a private sector-driven venture, unaffected by the political imperatives of competing nations. Construction works on the mine began this year and the first production is expected in 2019. It is to be hoped that it fulfils its potential in fuelling Africa’s commercial agricultural take-off.